High technology has made the society increasingly paperless. Quite a number of firms in business and medicine use technology. Below we profiled the highest paying tech jobs along with details about what are the attributions of these professionals as well as their yearly salaries. The US Bureau of Labor Statistics and Glassdoor are the main sources we used for the information on the jobs that made the cut. 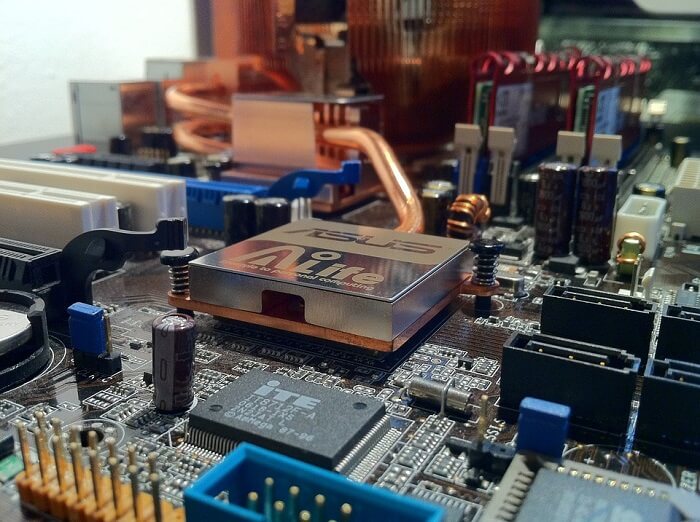 The entrant on our list of highest paying tech jobs is a staple of the computer industry. However, computer programming involves a much more set of complex languages as the applications and functionality of computers have grown exponentially.

Contact jobs such as database administration carry the important goal of securing the storage of a wealth of data and information. Large corporations and smaller outfits rely upon database administrators, contributing to a projected increase of 13,700 jobs in this field by 2026.

What does a database administrator do: Database administrators monitor access and usage of information stored in a database. They may design and implement security against unauthorized use. Other tasks include installation of upgrades, remedies for program bugs and writing the programming code.

Next on our highest paying tech jobs list, we have the UX designer. This professional makes sure the customer has the best interaction with software and other products. User experience involves a significant level of information management and analysis that this professional must possess.

What does a UX designer do: These designers also map the way a website operates. One such approach is wireframing, in which the UX designer lays out the content and functions for the page.

What annual salary a UX designer has: According to Glassdoor, the mean annual base pay for UX designers is at $97,460

Employment of information security analysts is assumed to grow much faster than other occupation in the next few years. By 2026, employment for this job could balloon by 28%, representing 28,500 new jobs. This is due to the demand by retail and financial companies, government and health care providers to safeguard sensitive data.

What does an information security analyst do: The job description for this professional includes monitoring an organization’s computer and data system for potential security breaches. They attempt to prevent them through firewalls and data encryption. When a breach happens, the analyst investigates the causes and reports it to the IT manager or other company executives.

What annual salary an information security analyst has: This position carries a median annual salary of $99,690. While those who reach the 90th percentile of earnings collect around $153,090 yearly.

What annual salary a biochemist and biophysicist have: The annual pay for these professionals is around $105, 410. While the 90th percentile level can take home as much as $177,840 each year.

The software developer job is among the highest paying tech jobs. Software development involves the creation of computer applications. While others develop the software, which makes up the underlying systems that run certain devices or that control networks.

What annual salary a software developer has: Developers of software applications have a median salary of $106,710 per year. While those who develop software for systems earn on a mean basis $111,780 each year.

A set of highest paying tech jobs should have jobs held by those with a research orientation. Such arises with computer information research scientists, who push the frontiers of technology. Aspiring research scientists, who generally hold a master’s degree in computer science or other similar areas of study stand solid job opportunities with an expected 19 percent addition in employment through 2026.

The six-figure annual pay puts computer hardware engineers in our group of highest paying tech jobs. However available jobs might not grow as much for these relatively lucrative positions. The US Bureau of Labor Statistics says employment will grow by only 4,000 through 2026, thanks to the emphasis of innovation on software rather than hardware. Opportunities may exist especially with the use of smart and similar technology in televisions, vehicles and home appliances.

What does a computer hardware engineer do: These engineers concentrate on the components of laptops, desktops and other computer equipment. These professional study, design and Implement building of circuit boards, central processing units, computer networks, and routers. Their work also includes testing and modification of the systems.

An IT manager, otherwise known as a computer and information systems manager, can expect healthy earnings as various organizations emphasize the handling and safeguarding of data. Prospective IT managers should expect 44,200 additional positions by 2026.

What does an IT manager do: Oversight of computer and information systems falls to the IT manager. These leaders assess the organization’s computer needs, recommend products, upgrades for measures and research advances in technology.

What annual salary an IT manager has: The annual average salary registers at $149,730. While the 90th percentile managers can fetch well north of $208,000.

These highest paying tech jobs generally require a Bachelor or Master’s degree. if one acquires the necessary skills and knowledge they can often find ample opportunities within this field, as it is increasingly in high demand. Please let us know your experience if you have landed one of these jobs.