A candidate for elected office must garner name recognition and deliver a message and story that resonates with voters. In this modern area of digital communications and constant media attention, even minor missteps can derail a political campaign long before election day. The following political campaign manager job description explains the duties, skills and work conditions involved for those responsible for leading the candidate to election night celebrations.

What Does a Political Campaign Manager Professional Do?

The campaign manager guides and directs the candidate’s election efforts. Victory may turn on the ability of the manager to effectively assign tasks, lead staff and volunteers, resolve conflicts, respond to issues and convey the candidate’s message to voters and donors. 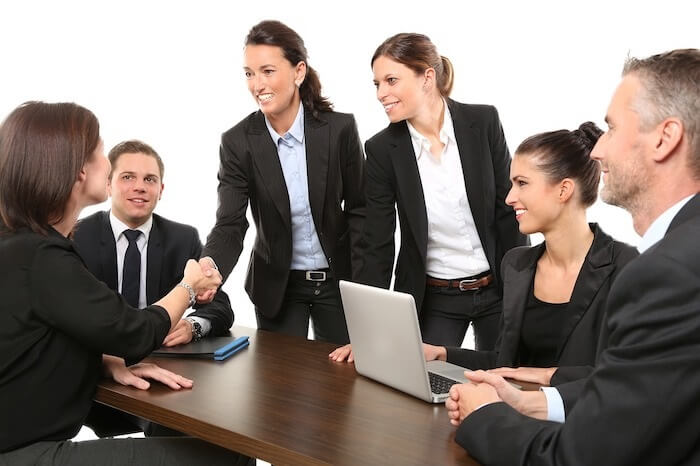 Analytical Skills. Campaign managers must interpret polling data, voter demographics, collections of donations and spending. While analysis includes identifying trends, assessing the effectiveness of advertisements and other efforts, and prospects for success.

Communication Skills. To effectively speak during interviews or appearances, campaign managers need awareness of their eye contact, engagement of audiences, posture, and movements. Their written and oral communication must be clear and carefully prepared to avoid misinterpretations or misunderstandings by listeners.

Decision-making Skills. The political campaign manager job description involves choices about the staff, messaging, how to spend funds, deploying resources and whether to advise the candidate to suspend the campaign. Many decisions about campaign advertisements receive intense media scrutiny and analysis.

Persuasion Skills. Campaign managers often serve as spokespeople for their candidates. Thus, they must employ persuasive arguments and positions. Voters and potential donors look for reasons to support the manager’s candidate.

Technology Skills. Approximately 83% of people between 18 and 29 rated social media as most helpful in learning about the 2016 presidential election. As digital media holds a prominent place among the population, the political campaign manager job description requires skills in using or directing staff to communicate via social media, internet, and email.

How to Become a Political Campaign Manager Professional

Aspiring campaign managers must have a strong grasp of how a political campaign operates. Thus, prior experience in election campaigns is typically a must, especially for higher-level state and federal offices. Candidates for major offices often seek managers with prior experience managing election campaigns or with whom the candidate or the candidate’s “inner circle” has a prior relationship or familiarity. As to the latter, prospective campaign managers must network and build contacts and relationships with senior campaign officials or even candidates. Campaign workers and managers must also have a background in managing organizations, political science, and communications.

Campaign managers normally do not receive training. Instead, they gain experience through working in elections and accepting campaign manager positions in local or lower-profile state campaigns.

The path to becoming a political campaign manager can start as early as high school or college. Students learn practical lessons about the election process by running for offices in student government. Especially in college, students may volunteer for political campaigns as poll workers, distributing materials and signs and manning phone banks.

Normally, aspirants don’t leap into a campaign manager, especially for higher-profile campaigns such as gubernatorial, presidential or senatorial ones. Professional experience in election work includes oversight of polling operations, speech writing, fundraising, communications and supervising field work or other divisions of a campaign. Depending on the office the candidate seeks, the campaign manager should have two to three election cycles worth of experience.

Campaign managers can build their portfolio by starting with local or regional races. In this category are mayoral, commissioner, judicial and state legislative contests. Therefore, with experience or established contacts, campaign managers can serve United States House or Senate candidates or even presidential contenders.

The political campaign manager job description requires more than normal weekday office hours. Managers often work late evenings and weekends to oversee candidate appearances, attend fundraising dinners and events and appear on television or radio programs. Thanks to 24-hour cable news channels, campaign managers may have to appear at multiple times during the day or evening or be available to help the campaign respond to breaking or unexpected news reports.

Even for races for Congress, Senate and state offices, primaries occur well in advance of the general election. As a result, candidates need to select managers very early in the campaign.

Entry into the campaign manager field is challenging. Being selected requires extensive experience in political campaigns and contacts with candidates or other political or election professionals.

Opportunities for qualified applicants or seekers may increase as political campaigns try to take advantage of technology and recognize the emphasis elections and the media place on voting groups and concerns. Therefore, candidates must be able to effectively address the concerns of and connect with voters and constituencies. The importance of images, advertising, and name exposure will spur the need for managers who can raise sufficient funds for the campaign.

Professional with the political campaign manager job description may find jobs following the election as analysts for media outlets, leaders or staffers in political parties or in government.

Finally, pursuing a career as a political campaign manager requires significant experience with elections and skills ranging from leadership to persuasion. The role can prove exhausting due to time commitments and pressures. Yet, serving a candidate in this capacity, especially a victorious one, can lead to other manager opportunities or jobs in media or in senior leadership in political parties or administrations.