To be sure, a college education opens opportunities for many high-paying professional jobs. However, the lack of a college degree doesn’t necessarily diminish earning capacity. Here, we profile ten best paying jobs without a college degree. Many of these require the job holders to acquire and exhibit specialized knowledge and skills of the trade. 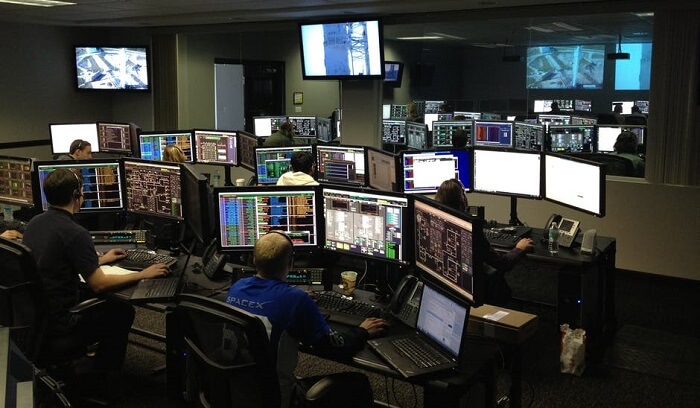 Web developers make our list of best paying jobs without a college degree due in part to the wide use of Internet devices. With the prevalence of smartphones, tablets, and laptops, the employment of web developers should grow by 15 percent by 2026. Generally, web developers hold an associate’s degree, though some who have a bachelor’s degree might advance to becoming a project manager.

What does a web developer do: Developers design websites by using programming languages to write code, using audio, video, photos, images and other graphics. they can concentrate on either the technical framework or the appearance of the site.

This occupation is one of the most well-known best paying jobs without a college degree. The courses required to become a licensed real estate broker generally can be taken away outside a four-year college. However, brokerage firms in certain markets or who deal with certain properties might prefer those with a college degree.

What does a real estate broker do: The job duties of this position include listing, showing and answering questions about properties. Meanwhile, the real estate broker also needs to prepare the offer to negotiate contract terms and advise sellers or buyers of market conditions and what should constitute the best offer.

What annual salary a real estate broker has: The mean pay registers at $75,910 each year. However, with commissions factoring greatly into pay, this can vary widely based on real estate market conditions.

Power plant operators can achieve a healthy pay with a high school diploma or equivalent as the minimum educational requirements. Training that combines classwork and practical experience prepares operators for their duties. Jobs in this field may be limited due to technology that allows some of these functions to be automated.

What does a power plant operator do: This occupation involves the control and direction of power equipment and electricity flow. Operators read charts, meters and gauges comma as well as monitoring the controls and equipment for potential problems.

What annual salary does a power plant operator have: Plant operators earn on average $75,970 per year, with the higher salaries going above $108,240.

We include elevator installers and repairers because apprenticeship affords the qualifications for this job. The training generally consists of 144 hours of classroom instruction and 2,000 hours of practical work training with pay.

What annual salary an elevator installer and repairer has: On a yearly basis, these workers make around $77,130.

As with many on this roster of best paying jobs without a college degree, the nuclear medicine technologist occupation generally requires an associate’s degree. Healthcare jobs, in general, may prove to have strong demand as an aging population and increased awareness spur more levels of medical treatment. Advances in technology create opportunities for nuclear medicine technologists.

What annual salary a nuclear medicine technologist has: These professionals usually earn on a mean basis around $77,660 per year.

According to O*NET, roughly three out of every ten casino gaming managers have a high school diploma or equivalent, but nothing further. The combination of high school graduation along with training on the job puts this on our choices of best paying jobs without a college degree.

What does a gaming manager do: A gaming manager wears the hats of customer service, security and shift supervision. This includes the players and the casino workers. Managers may have to remove cheaters, set limits for betting and payouts and schedule workers at the stations.

What annual salary a gaming manager has: The mean salary stands at $83,460 every year for gaming managers, with those in the 90th percentile earning north of $129,520.

Specialized skills and training for them can put occupations on the best paying jobs without a college degree list. This is the case for commercial pilots. The regular work schedules and the ability of companies to pay for pilots also factor into the high salaries.

What annual salary a commercial pilot has: While the average salary per year is set at $89,350, commercial pilots at the higher end of the spectrum can make at least $152,180 per year.

3. First-Line Supervisor of Police and Detectives

O*NET reports that most first-line supervisors of police officers and detectives do not have a college degree. Nearly one in five hold an associate’s degree. Becoming a police officer, which is the portal to a supervisor, usually involves law enforcement training through a police academy or community college rather than a four-year college.

What does a first-line supervisor of police and detectives do: Law enforcement officers in this role oversee criminal investigations, the collection of evidence and inmates’ personal effects, and precinct operations during shifts. The job description also includes training staff, fielding and investigating complaints against officers and supervise record retention and preparation.

What annual salary a first-line supervisor of police and detective has: Mean salaries for this job run at $91,590 each year. While in the upper tenth of earners, often found in larger metropolitan departments, earnings rise above $140,320.

This category is a subset of power plant operators. Salaries for nuclear power operators eclipse those in non-nuclear power plants due to overseeing radioactive processes. To hold these jobs requires a license from the U.S. Nuclear Regulatory Commission. After initial licensure, these operators must pass an annual plant-operating test and a biannual medical exam. Renewal must occur every six years and the operator must have a license for each facility in which the operator works.

What a does nuclear power operator do: In controlling nuclear reactors, the operator must adjust the rods that drive electricity generation. Typical duties also consist of constant checks of turbines, cooling systems, generators and the reactors; record keeping and emergency response.

What annual salary a nuclear power operator has: The median annual pay for this professional is of $94,350 each year.

Air traffic controllers top our review of the best paying jobs without a college degree. While many do have a bachelor’s degree, an associate’s will suffice. The education comes from the Air Traffic Collegiate Training Initiative. An alternative path to the position involves three years of work history progressing through air traffic control responsibilities.

Finally, to land one of the best paying jobs without a college degree requires in many cases specialized skills and expertise. Although a four-year university doesn’t provide the education, the training involved can prove rigorous in its own right and often justifies the high salaries. Please let us know if you know of other high salaried positions that don’t require a college degree.